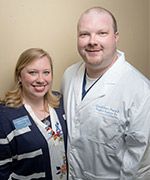 Thank you for choosing People's Custom Rx for your pharmacy needs. We look forward to providing you, your family, and your pets quality pharmacy services. We specialize in preparing sterile and non-sterile medications with or without preservatives and dyes. We alter dosage forms for easier administration, and we flavor medications to the patient's preference. Our goal is to achieve positive outcomes for patients with unique needs through the provision of medications which have been formulated and prepared specifically for them.To the right are pictured, our owners, Deanna Gilbert, Marketing Director & Chris Gilbert, Pharm.D. 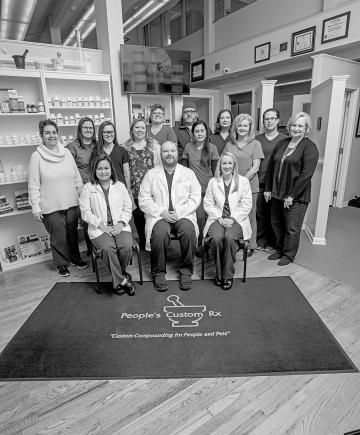 At People's Custom Rx, we are dedicated to meeting the individual needs of our patients. We strive for excellence in our work, our education, and our lives. 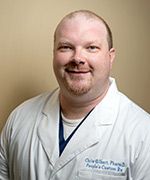 Dr. Chris Gilbert graduated from the University of Tennessee, College of Pharmacy earning his Doctor of Pharmacy degree in 2007. He also received his Bachelors of Science degree in Chemistry from Freed-Hardeman University in December of 2002. During pharmacy school, he was a member of Phi Delta Chi Pharmaceutical Fraternity. He is an active member of Toastmasters International, a non-profit educational organization that teaches public speaking and leadership skills, and served as Sunrisers Club President in 2010. Following graduation, Dr. Gilbert signed on with Kroger as a floater. Though he enjoyed being in many different pharmacies and helping many patients, in 2010, he began working at Kroger at Kirby and Quince in Memphis. There, he loved being able to build relationships with his patients. He was promoted to manager in 2013 and learned a lot from the experience.

While in pharmacy school, Dr. Gilbert interned at People’s Custom Rx and knew that compounding was the kind of pharmacy that he really wanted to practice. Then, in October 2013, the opportunity came for him to return to People’s Custom Rx and he is currently specializing in sterile and non-sterile compounding. He is excited to be back and looks forward to continuing to learn and grow in the field of compounding pharmacy.

Dr. Gilbert is licensed in the state of Tennessee and Arkansas. He also has a pharmacy certificate for Immunizations.

Dr. Gilbert has a heart for serving others. He also loves spending time with his wife, Deanna, and their three children, Sam, Tucker and Saralyn. They enjoy traveling and going on adventures together. They are deeply involved in the work of their church and Chris enjoys ministering to others in every way. 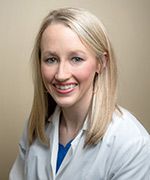 Dr. Brittany Clemens graduated from the University Of Mississippi School Of Pharmacy with her Doctor of Pharmacy degree in 2012. While in pharmacy school, she was a member of Rho Chi Society, Kappa Epsilon fraternity, American Pharmacists Association, and Christian Pharmacists Fellowship International.

Dr. Clemens began her career at People’s Custom Rx as a pharmacy intern during the summer and winter holidays while in pharmacy school. It was during this time that she learned her passion for compounding in order to help patient specific needs, as well as, being able to develop relationships with patients. Dr. Clemens began working as a pharmacist at People’s Custom Rx in the non-sterile department after pharmacy school graduation in June 2012. She particularly enjoys helping women with their hormone replacement therapy, as she is a certified PCCA Hormone Specialist. She also enjoys assisting veterinarians with pet medications.

Dr. Clemens is licensed in the state of Tennessee. She also holds a certification for immunizations.

Dr. Clemens is married to Trey, and they have a daughter, Corinne, and another little one on the way. She is an avid Ole Miss Sports fan, and during the fall she spends most of her weekends attending football games with her family. She attends Highland Church of Christ where she is involved with several ministries. 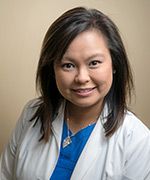 Dr. Christy Kim graduated from the University of Tennessee, College of Pharmacy with her Doctor of Pharmacy degree in 2004. She also received her Bachelors of Science in Biology from Rhodes College in May 1998. During pharmacy school, Dr. Kim was a member of Rho Chi and Phi Delta Chi Fraternity. After graduation, Dr. Kim started her career working for Walgreens Pharmacy. She worked as a pharmacist for 10 years then for 3 years at Kroger Pharmacy before coming to People’s Custom Rx.

Dr. Kim First worked at People’s Custom Rx during her 4th year of pharmacy school while on clinical rotations. She knew then this was a special pharmacy and in October 2017 became a pharmacist, specializing in sterile compounding.

Dr. Kim is licensed in the state of Tennessee and Arkansas and soon, Mississippi. She also is a certified immunizer and preceptor for the University of Tennessee, College of Pharmacy.

Dr. Kim is married to Young and have 2 children, Caroline and Collin. She enjoys spending time with her family and friends traveling to places near and far. She is a member of St. Louis Catholic Church. 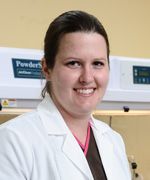 Mandy Williams graduated Magna Cum Laude from Lipscomb University in Nashville earning her Bachelor of Science degree in 2008, majoring in Psychology with a minor in Health. She earned her Certified Pharmacy Technician Certification while working as a pharmacy technician at Kroger in 2008. Mandy began her career at People’s Custom Rx in October of 2009. She has trained in the art of both sterile and non-sterile compounding. Mandy enjoys going to movies with friends and is a soccer fan, both watching and playing. Mandy loves to travel and has enjoyed seeing the country and the world. She is involved in her church mission program and has been on many mission trips to Honduras. Mandy loves spoiling her furbaby, Viktor the Maine Coon cat.

Katy attended Southwest Community College where she received her Pharmacy Technician degree in 2011. She is certified through the Pharmacy Technician Certification Board. Katy came to People’s Custom Rx in November of 2017. When she’s not at the pharmacy, Katy enjoys crocheting, playing video games and crafting in her spare time.

Jojena comes to us from the “City of Smiles”-Bacolod, Philippines. Jojena attended Concord Career College here in Memphis and received her Pharmacy Technician degree in April of 2013. She became certified through the Pharmacy Technician Certification Board in June of the same year. Jojena joined People’s Custom Rx on July 1, 2013. In her down time Jojena enjoys shopping, especially when there’s a bargain. She also enjoys collecting different brands of bag, watching action and comedy movies, talking with her family and hanging out with friends. Jojena has been happily married for the last 8 years. Even though she sometimes feels homesick, especially for the foods of her homeland and for her family, Jojena feels very lucky to have wonderful family both physical and by marriage. Jojena has a sweet, loving black cat named Precious.

Carrie attended Concorde Career College where she received her degree in 2014. She became a Certified Pharmacy Technician in July 2014. Carrie attended the American College of Apothecaries, completed the Sterile Compounding course in September 2015. She began her career at People’s Custom Rx on July 28, 2014. When Carrie is not busy in the sterile clean room she enjoys kickboxing, seeing nature especially waterfalls, spending time with her wonderful husband, Randy and her 2 grown sons and 1 grown daughter. Carrie says “People’s is a great place to work! Best job I ever had.”

Ashley completed her course work and became certified through Concorde Career College in 2013. She came to People’s Custom Rx in September of 2013. In her downtime, Ashley enjoys reading and taking her sweet dog Jaxson to Shelby Farms.

Deanna is married to Owner Chris Gilbert and together they are excited to continue the long tradition of quality products and excellent customer care that has been the People’s Custom Rx legacy for many years. Chris and Deanna have been married since 2003. While Chris attended pharmacy school, Deanna worked as a veterinary technician and office manager of a local veterinary clinic here in Memphis. Her love of animals and medicine made this a perfect fit for her. When Chris received his PharmD, Deanna was able to enjoy being a stay at home mom and then teaching preschool for several years. After purchasing People’s Custom Rx in 2016, Deanna became the marketing director and has enjoyed being able to use her creativity in different ways. Deanna’s other full time job is caring for their 3 children, 2 cats and 2 dogs. She is also very involved in the children’s family ministry and the diaper ministry at their church. In her spare time, Deanna enjoys traveling to new places with her family.

Terry started working at People’s Custom Rx in October of 2001 in the Insurance Billing department. She quickly moved into Accounts Receivable/Accounts Payable and became the Account Specialist. When Terry is not busy keeping straight our many accounts throughout Tennessee, Mississippi and Arkansas, she enjoys gardening, taking long walks and hiking and attending Zumba classes.

Dolly came to People’s Custom Rx in August of 2017. Dolly loves spending time with her family including her 8 granddaughters and working on sewing projects. Dolly says “People’s is a fun place to work. I enjoy watching and helping people feel better and also take care of their pets.

While Mike technically works for a courier service we claim him as our own. Mike has been a courier with his company for 14 years. He has been delivering prescriptions for People’s Custom Rx since 2015. When Mike isn’t driving all around town he is a musician and full time Grizzlies fan. Mike has 3 beautiful angels, 2 boys and a girl. Mike says he looks forward to seeing our customers on his daily delivery routes.